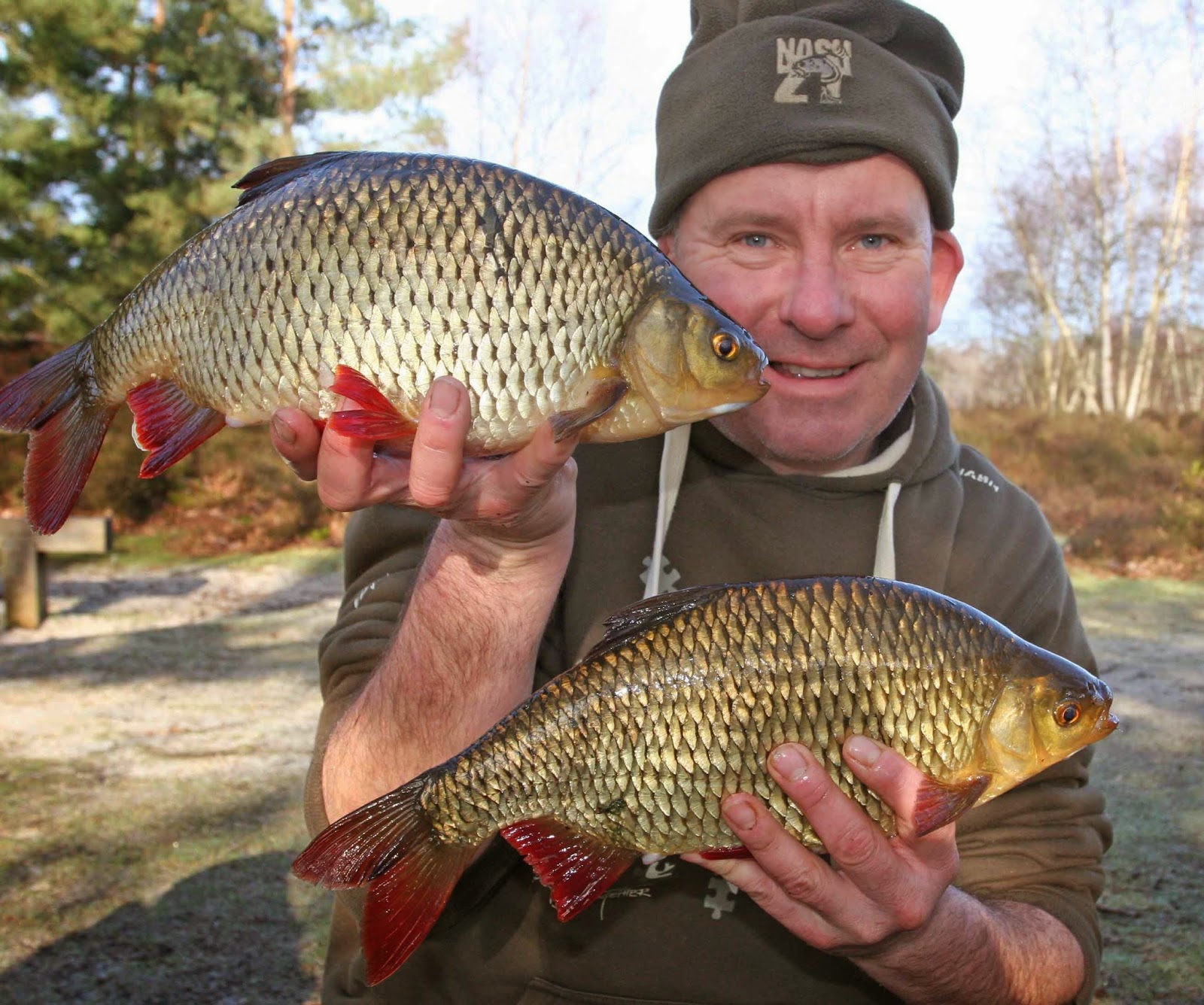 The end to another season.

I’m not entirely sure how it works nowadays, yet for me a season’s fishing ends come midnight on March the 14th, a time which coincides with the closing of angling on running water.
To be honest it’s some relief when the season ends as with the closure of the rivers and the end to the predator season, many complications are removed and I can seriously get my teeth into the odd campaign. I say odd because over the last three years my big fish head hasn’t really been on, yet that’s all about to change as I’m sick of swapping from one species to another along with constantly altering kit, its now time for some consistency and distress.

This change want involve not being able to cater for customers wanting to target different species, it will just mean that my own personal angling will be spent with a certain species and size target for a set period of time. This may include species such as tench, bream and crucians through the spring then barbel, roach and grayling through the winter, however these targets and campaigns will be kept relatively quiet until its time to move on, and only then will captures be revealed. Sadly this will mean less information within my monthly reports but to make up for this I’m going to try and show more tactical features upon my website.

So looking back on last year, was it a good one?

March – Just prior to the end of the season we finished a winter’s campaign once again on Frensham Great Pond after my favourite species rudd. Although not as productive as other winters it certainly wasn’t the worst and on most occasions we caught, yet it was noticed that the size of rudd was well down and a fish over 2lb 8oz seemed a rarity. It was also a period that I decided to broaden my knowledge of different day ticket venues in the area; however this season it will come to an end as searching for monsters will take up most of my spare time.

April – Probably the month I love the most as everything’s springing into life and the fish started to feed. Mill Farm Fishery was one venue that I visited a few times, yet the hope of a massive silver bream just didn’t happen. In fact I never even surpassed the two-pound barrier, yet my mate Chris did with this personal best of 2lb 6oz. Badshot Lea on FAS portfolio saw big bags of bream taken and Harris Lake on Godalmings Marsh Farm complex was also a regular haunt with myself and many a customer taking some amazing catches of tench and crucians.

May – This month has to be remembered for an unexpected capture as whilst targeting carp a crucian picked up my bait, all 3lb 14oz of it and no, it wasn’t from Johnsons or Harris! It was also the month that l started to target catfish at Badshot Lea and with the help of my mate Chris these became regular appearances to the bank along with many a gate crashing grass carp that seemed to like double 22mm pellets! May is also a fantastic time for eels and I spent the night under the stars at a favourite venue of mine, Sumner’s Pond and managed to take a couple of three’s.

June - Although 20lb and the odd 30lb catfish graced mine and Chris’s net regularly it was the capture of a 37lb cat by Jake Curry that stole the show. Just check out that smile. You will be happy to know that during May and early June guided catfish trips will be available, however due to our campaign else where, dates will be limited so send me an email now if you are interested. Frensham Pond fished well with big bags of tench to over 7lb and Johnsons produced a few crucians to 3lb 8oz.

July – It was a month that saw two personal bests taken, the first being a 6lb 10oz rainbow trout that picked up 13mm pellet intended for barbel and the second was a 4lb 10oz golden orfe. However it was my dad who showed me the way in terms of quality and put my orfe to shame after taking one weighing 5lb 9oz. The catfish continued to grace our nets with the most memorable being a customer Tim who landed three including two twenties to 27lb 12oz.

Aug – A tip of from good friend Fred Healy saw me heading to Bucklands, the now mega of rudd fishing and just before it went syndicate. In probably the worst weather imaginable I took an amazing catch of rudd which included sixteen over 2lb 6oz. The biggest two weighed 3lb 10oz and 3lb 12.8oz. I also fished the river Avon for the first time ever and managed a good chub although I was trying to catch a carp for an Anglers Mail feature! A few trips to the Wye proved successful with plenty of barbel falling even in extremely low water conditions.

Sept – More trips to the Wye saw numerous barbel landed however the politics surrounding the beat I was fishing was becoming uncomfortable and unbeknown to me after the final trip I decided to depart and never return. Yet as they say, when one door closes another opens and a couple of exploration trips with my dad and brother located new stretches and although the fish weren’t quite as abundant, they were certainly bigger. Johnsons continued to supply big crucians and come the end of the month it was time to pack the suit case and head of to Spain for a spot of monster cat fishing on the Ebro.

Oct – Although tough due to some diverse weather conditions the Ebro didn’t disappoint with all three taking cats over 100lb. My biggest was a 140lb with Steve taking a pure albino of 178lb. On my return the crucians were still feeding yet getting over 3lb 8oz proved impossible. A trip nine miles out of Portsmouth saw me catching my first ever cod, and by god it tasted good and the zander fishing at Old Bury Hill started in unspectacular fashion.

Nov – Not a great deal to talk about November apart from I managed to catch my first barbel from the Thames, not a monster but a start. The crucians had disappeared at Johnsons and the zander although still feeding all seemed to be on the small size. I think the biggest we took in numerous trips was around 8lb.

Dec – With the weather cold and frosty it was time to look at the river Test and Itchen and my first visit to Timsbury proved a success with a roach of 2lb gracing my net. Plenty more visits saw loads of grayling and trout taken but the coarse fish just didn’t show. The pike fishing at Frensham was warming up and the start of a pre-baiting campaign was an eye opener with loads of doubles taken. I even cast out a helicopter rig one morning and managed a tench in temperatures below freezing!
Jan – This month was taken up with guided trips to the river Test and pike fishing at Frensham. The Test was just a fantastic place to be with customers happy seeing the float constantly dip below the surface and as for the pike fishing, it was brilliant and although nothing huge was taken plenty of doubles to just short of 16lb kept me happy.
Feb – A month when a new stretch of the Itchen was explored. Target was a 2lb plus grayling yet although everyone we spoke to assured us they were there, numerous visits only produced them to 1lb 14oz. 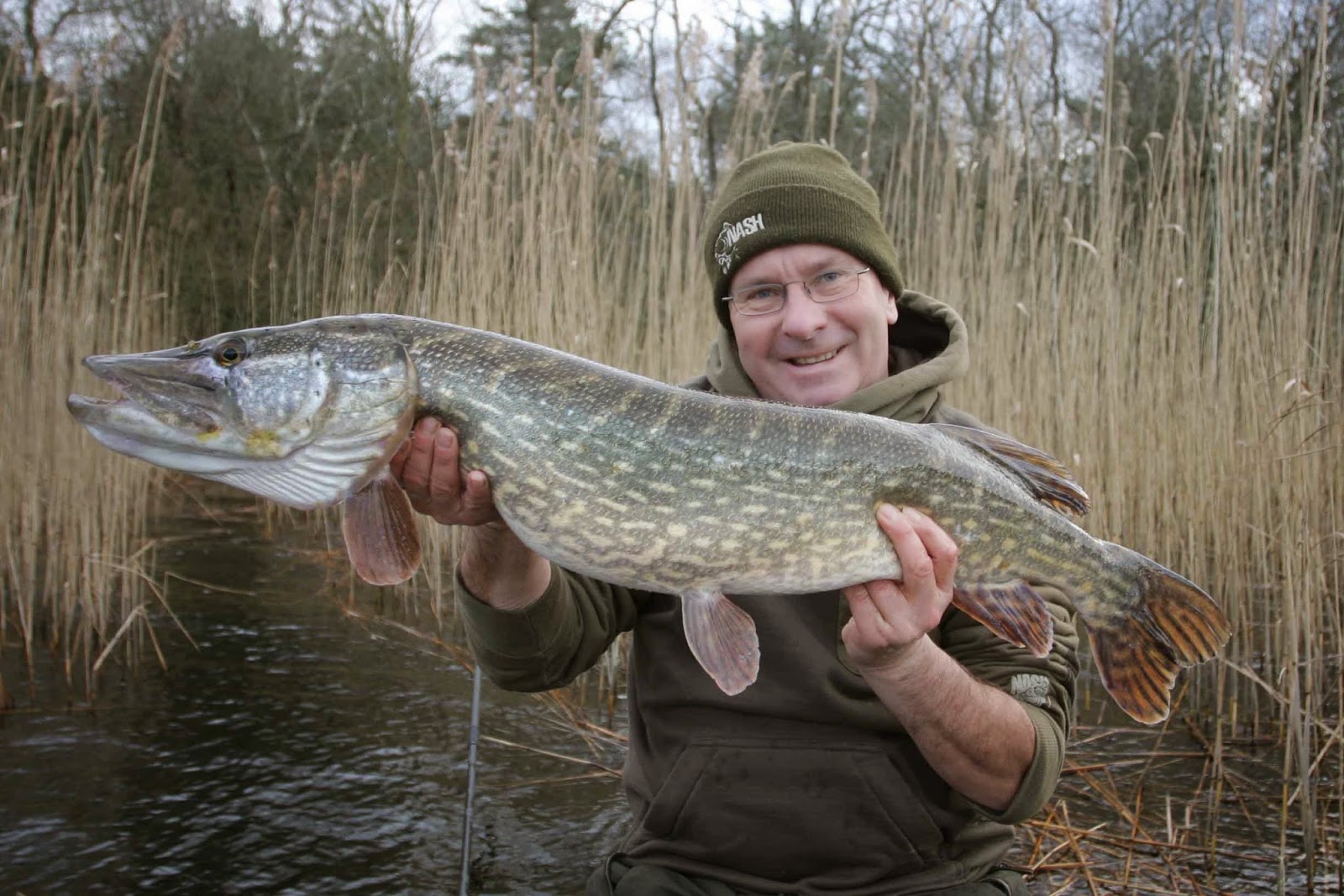 March – Another couple of weeks exploring pastures new, this time for barbel yet it was chub that liked my new style of fishing and bait. A last trip to Old Bury in the hope of a double figured zander fell on an almost impossible evening with a chilly easterly wind and temperatures dropping below freezing. Seven of us fished and five blanked including myself, it was that tough!
Posted by Unknown at 09:56