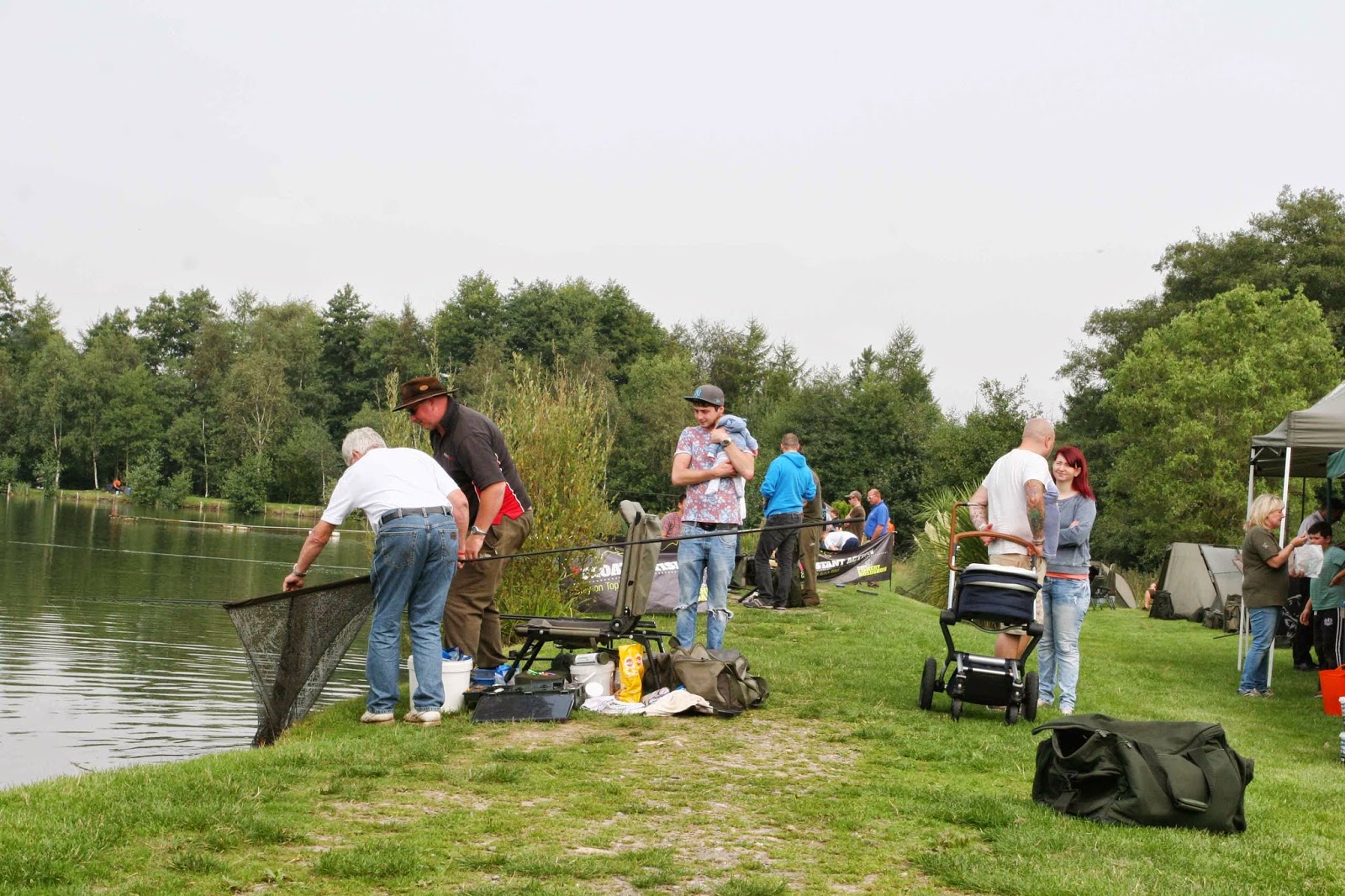 Conditions – Overcast and mild with temperature reaching 21degrees, A/P on 1018mb but unfortunately very little wind but at least its coming from the west.

This venue was forwarded by Andrew Hooper and the challenge was to see if I could catch the big roach that reside within. After checking the venue out it soon became apparent that targeting these is almost impossible and the ones that fall are usually accidental captures by carp anglers, well especially during the warmer months. If I were to target the roach then I would probably return in the depth of winter, January to March, well before the carp have woken up and target the centre of the lake with maggot and hemp, yet with a ruling that rigs need to be running this would rule out the helicopter rig which really makes targeting the big ones difficult. I will check with the fishery on the day about helicopter rigs and show how safe (if correctly tied) they are but doubt if they would agree for their use. 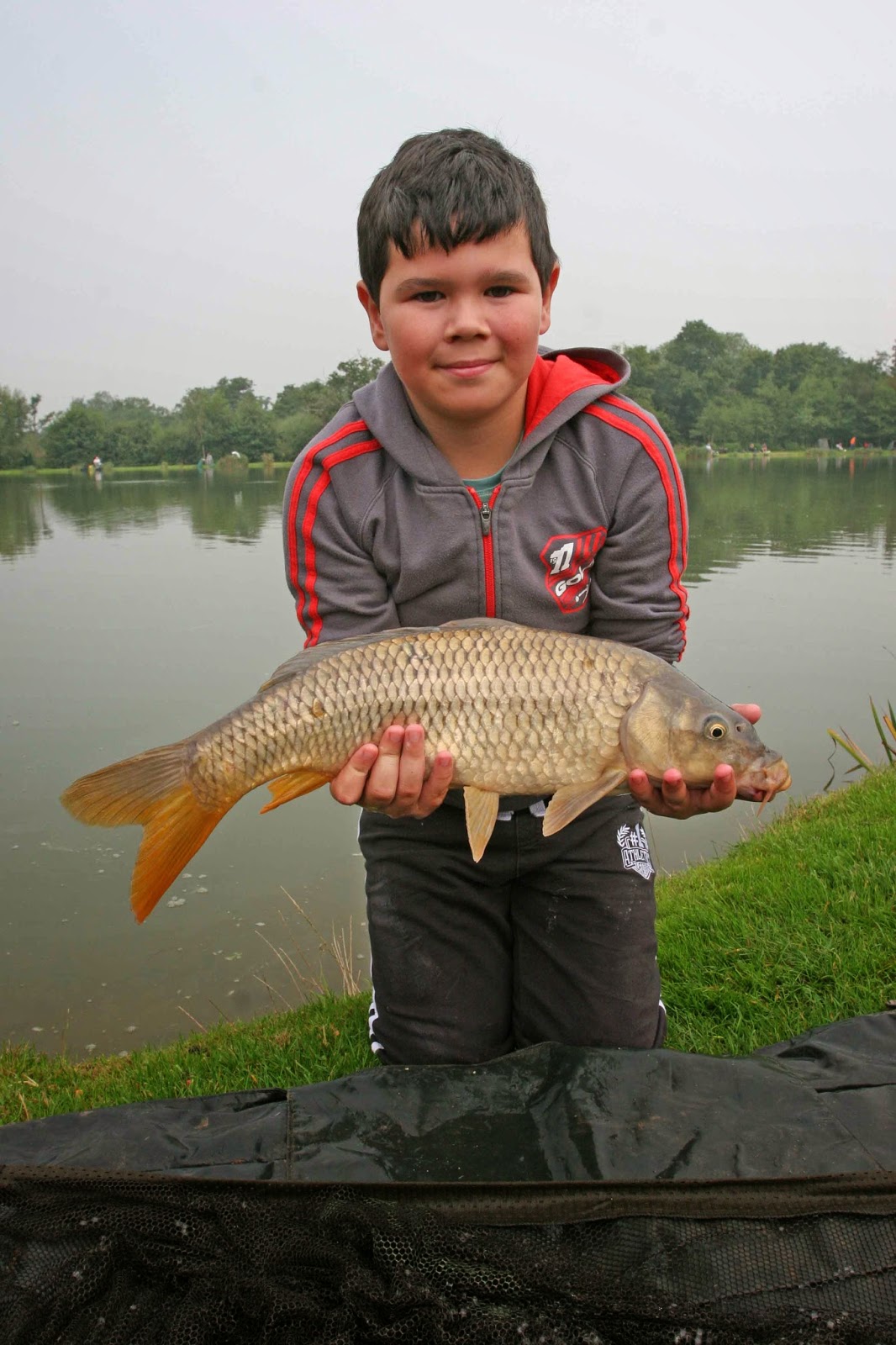 With a Nash Roadshow taking place it seemed the perfect time to get to know the venue and with the roach at the back of my mind rigs were scaled down enough to attract them but also needed to be strong enough to land the carp that would surely beat me up for the best part of the day. Both rods were set up using 1.1oz Nash Pear In-line leads with Quick-Change Beads protecting the knot to the hooklink. One rod was tied up using Nash 15lb Combi-Link to a length of eight inches along with a Nash size 10 barbless Uni-Fang hook tied knotless knot style. The bait would simply be a 10mm Instant Action Crab and Krill boilie with a small yellow buoyant sight stop added with Crab and Krill Ball Maker Method Mix around the lead. The second rod would be fishing a Nash 10mm Monster Squid Airball Pop-up fished tight to a size 10 barbless hook using Gardner 8lb Hydro Flex Mono hooklink and once again the same method mix would be compressed around the lead.
Rods were 9ft 2.75lb Scopes with the H-Gun reels loaded with Gardner 10lb HydroTuff line.
Arriving at 8am it soon became apparent that I would have to set up in a corner, far from ideal as the Nash carp lads had taken hold of the middle of the bank and were happily demonstrating zig rigs and floater tactics, something that’s not allowed on the venue but had been allowed for this day only. Their was also a match taking place along one bank and the last remaining bank, as the lake is triangular in shape was filled with day session anglers. Fellow Nah man Nick Watkins was already set up and with very few fish being landed it soon became apparent that the lake, due to the noise and activity was going to shut up shop and this it did. The standard carp hauling never happened and although the above rigs worked early on I soon had to scale every thing down finally catching the odd carp and roach by baiting the margins and using a hooker pellet under a pole float.
Although the fishing didn’t live up to the normal standards off the fishery the attendance by budding anglers, especially young ones was without a doubt the best turnout that I have witnessed so on the day the fishing took second place and the social side took priority.
Looking at the amount of small roach and carp targeting the big roach will never be easy. Its not really my type of venue yet its a great place to fish if you like to catch non-stop all day and has great facilities as well as being run by friendly staff that keep the venue extremely clean and tidy.
Posted by Unknown at 02:31