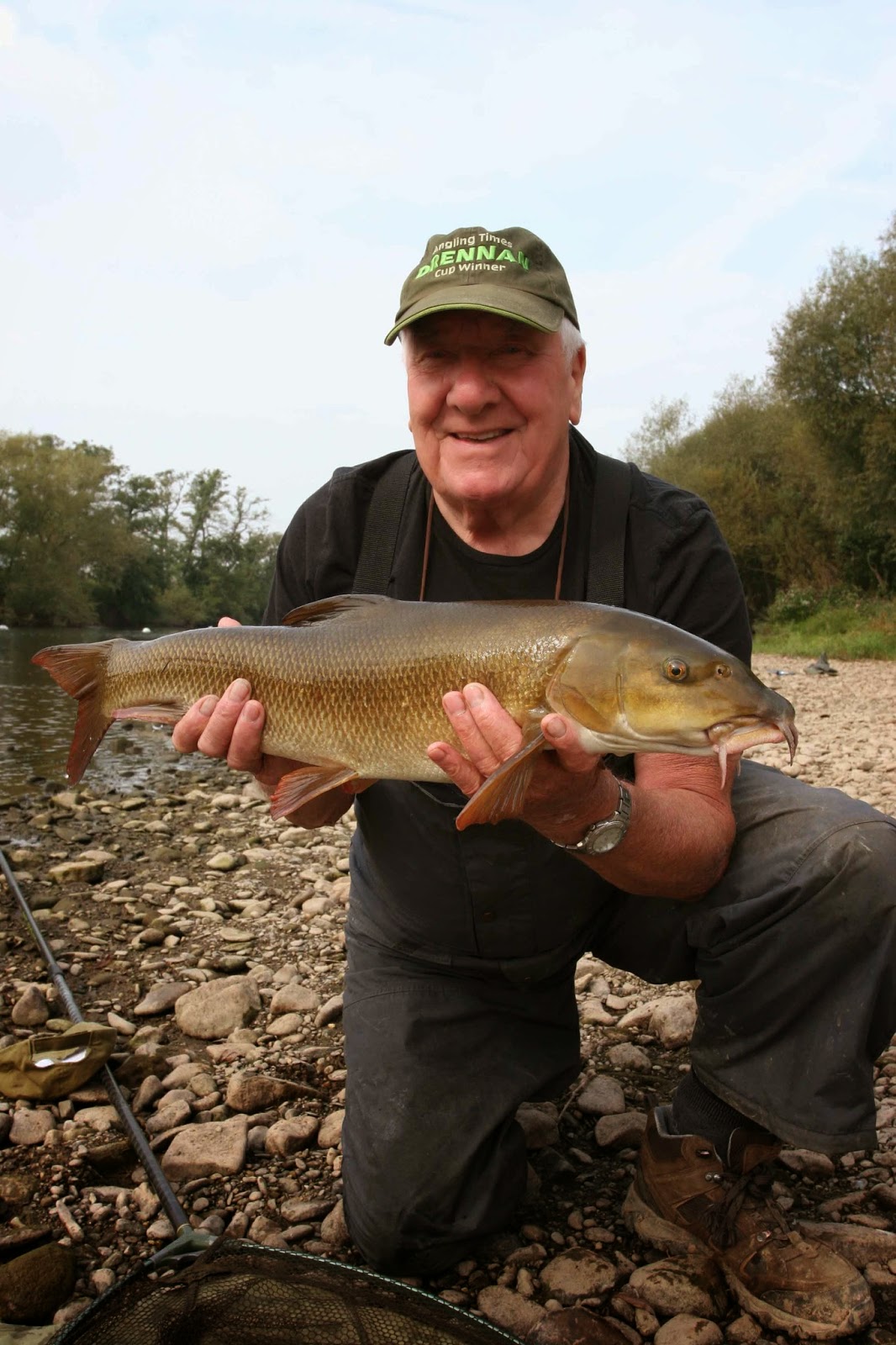 Venue fact file –
A lovely stretch that’s very good for pike as well as big barbel especially at the down stream end.

Tickets Season tickets around £50 for a year, amazing value as well as day tickets for just £7 available from Woody’s Angling Centre, HR4 0DQ – 01432 344644
Conditions – The drought continues and the river gets lower and clearer and with the easterly still blowing and high atmospherics I wouldn’t be surprised if the barbel don’t want to play.

I was put onto this stretch a few years ago by Paul at Woody’s in Hereford and every time I have fished it as well as placing customers on its banks it hasn’t let me down, especially one swim at the lower end of the fishery which I have to say is in a grey area to the H&DAA boundary. My dad and brother were joining me for three days on the river and luckily the swim was free when we arrived at 8am. With the river low they positioned themselves on dry land halfway out into the river casting to a small pool on the far side whilst I headed downstream to search other areas. Unfortunately with other anglers also wanting the swim and sky lining the far bank it was never going to be easy yet dad managed to hook three barbel and Kevin one. Two shed the hook for dad but luckily they both managed to land their first ever Wye barbel, both sizeable fish around 8lb.

I struggled and failed to get a proper bite but Mick from Manchester was fishing downstream up against a snag and although he had only taken one barbel struck it lucky with seven more falling in his final hour.
We hoped to get the swim the following day but with two cars in the bus stop they were sure to be taken so we headed upstream to another stretch Paul had mentioned.
Posted by Unknown at 12:07