Winge of the Week - Holding fish out! 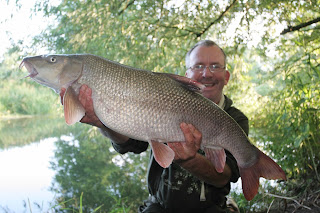 I had to smile a few weeks back when I saw an angler with a massive, record nudging chub in one of the weekly angling magazines. The reason for smiling, as if the fish wasn’t big enough, was that the angler had the fish held out at arms length, why? The first of many questions surrounding this capture I expect. Now I’m not questioning the anglers honesty, if it was the size he stated then I take my hat of to him, yet what I cant get my head around is why push such a big fish out in front of the camera, It just looks stupid.

The reason I never doubt the honesty of an angler is I know, as a photographer, never to question the weight or, opening up a can of worms here, the species, as a picture can drastically alter the perspective of the fish.

Just take a look at the two images of recent barbel myself and fellow Nash man Chris Petter took. Which barbel looks bigger? To me Chris’s barbel looks far bigger, yet this is just down to the angle in which the photograph was taken. Chris’s barbel weighed 11lb 10oz while mine went 14lb 7oz!
Posted by Unknown at 10:23