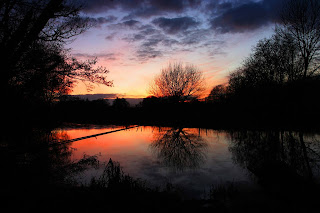 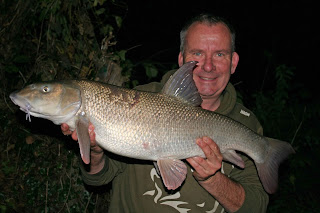 After landing that 10lb 14oz barbel back in June we thought that the flood gates would open and we both continued with added enthusiasm. Fish were gracing our nets on most visits, so we knew that the priming of swims with Nash ‘The Key’ boilies was working, however disappointingly they weren’t from our intended quarry barbel but big bream instead. We weren’t initially that concerned as my first barbel fell on an evening when there was a lot of bream activity in the swim so we knew they were comfortable sharing the same swim and feeding together. However when July past, then August without another barbel capture we were beginning to scratch our heads. 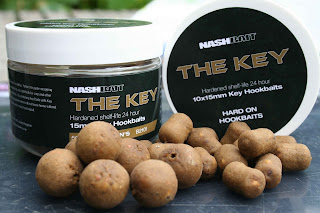 Fortunately angling pressure was very light. A couple of carp anglers had started a campaign and were set up every weekend in a big bend towards the bottom of the stretch. Chris had stopped for a chat one evening and they too were struggling. In fact they had failed to land a carp all summer and apart from bream just one barbel of 13lb 9oz had graced their nets. I also came across another barbel angler that was set up for the night and on my way back to the car around 11pm helped photograph a barbel which weighed 12lb 7oz. He also had a 10lb 15oz barbel during a later visit and as he was doing whole nights our thoughts were beginning to edge in this direction. A couple of other anglers had settled on the venue, both barbel anglers and they too were finding it tough with just one chub for their efforts from numerous visits. Come the start of September we were alone, testament on just how tough the fishing was but we weren’t deterred, in fact once autumn arrived we were confident that the diminishing natural food larder and cover for the fish to hide in would mean one thing, fish in our nets. 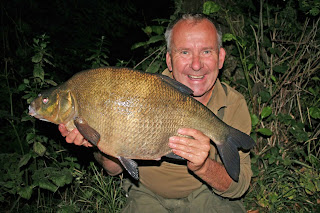 Time to start asking questions.
When September past with no barbel action we really did start asking some questions. Was pre-baiting worth the effort? Did the barbel not like our bait? Was our swim selection wrong? Were our rigs crap? How many barbel did this stretch of river contain?

Answering these questions.
It doesn’t matter how confident an angler is, when things don’t happen you naturally start questioning things, yet we’ve been round long enough to know that changing swims completely or bait would just be a recipe for disaster. Saying this though, small adjustments can make massive differences and sometimes doing something major just to confirm that you’re not doing it wrong, needs to be considered. One day we decided to move around the whole stretch using a method that I have caught hundreds of barbel on, the Method-Lead with a hard pellet on the hook. We fished from dawn to dusk and into darkness spending maybe forty minutes in each swim which included our pre-baited ones. The result was a big fat blank which confirmed one thing, they didn’t want another bait. 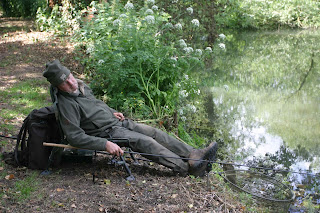 Complete confidence in our set-ups meant these didn’t need changing, although on the odd session I did try a longer hooklink only to find it made no difference and revert back to my preferred length. The PVA bags had done their job of keeping our hook points free from weed but with the weed now dying back and in some cases the swims free of weed we decided these could be deleted from the attack. I’m have to admit, to feel confident I need some bait close to my hookbait so started to use a four bait stringer and increase my single 15mm boilie to a double 15mm boilie set up along with plenty of paste moulded around these. I had also changed from using mono to braid. The reason was more as a fish finding exercise than anything else as I just wanted to exaggerate any liners or chub twitches which in turn would create confidence. I was initially worried of hook pulls yet to date can honestly say that I haven’t lost a fish and now feel completely at home using it. 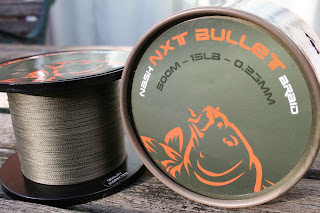 As for swims, we are now still fishing three of our original six swims. One swim was abandoned as it flooded and became unfishable as soon as the river rose a foot or more. One was far too close to a major, unforgiving snag so we started baiting a few yards further upstream and one was ignored as it was where the carp anglers had settled and we didn’t want to bring too much attention to ourselves or be introducing HNV baits into their swims. Another swim was added to our choices which is in really deep water; one that we hope will produce when the winter really sets in. So with five swims on the go we are still roving between these, spending a few hours in each, often on different days to each other so they are all getting plenty of bait and being fished at different times of the day. We have even spent a few complete nights in certain swims just to try and increase our catch rate and find out if the barbel are feeding in the early hours, yet come midnight everything goes quiet and so far neither of us has had a bite after this time! 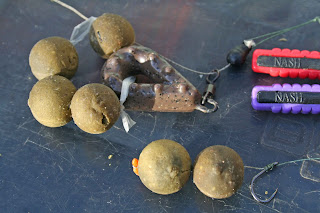 So having given the stretch our best shot, tweaked everything to try and buy a few extra bites we have now come to the conclusion that this river contains very few barbel. We are aware that barbel do migrate to this section in the depth of winter as it’s a deep section and offers plenty of cover. However we believe we have been fishing to date for just the odd barbel and ones that we are sure are very nomadic, so actually being in the right place at the right time is almost impossible to predict.
We knew it wasn’t going to be easy and that we were indeed fishing for what could possibly a fish of a lifetime and it was this that kept us going. I had said to Chris that I would be happy with a dozen fish over the campaign with Chris going for a more conservative six yet we were now thinking that a half dozen between us would be classified as a result!

Result at long last.
I’ve always rated November as being the best month for barbel and things have just taken a turn for the better. An overnight session in the same swim that produced the double back in June has just provided our second barbel. I’m fairly confident that it’s the same one I photographed back in the summer for another angler now over a pound bigger at 13lb 9oz. 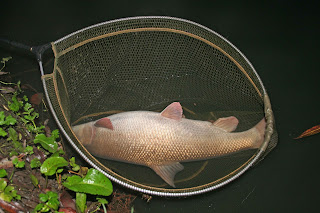 To cap it all two nights later in another swim, one both myself and Chris felt would do a big fish has just produced the goods. Once again it came around 10.30pm

during an intended overnight session and when this one went in the net I became an uncontrollable gibbering wreck, it was that big!

Duncan Charman is sponsored by Nash Tackle and Bait and has his own website www.duncancharman.co.uk  He regularly contributes to top weekly, Anglers Mail magazine.

He is also an angling guide and can be booked on a daily basis for most species including carp, pike, perch, chub, catfish, barbel, bream, grass carp, crucians, roach, rudd, grayling, tench and golden orfe. For more information and prices email him at duncancharman@me.com or give him a call 07928 617006 / 01252 315271.


He’s also written a book called Evolution of an Angler which is available from www.calmproductions.com
Posted by Unknown at 09:47