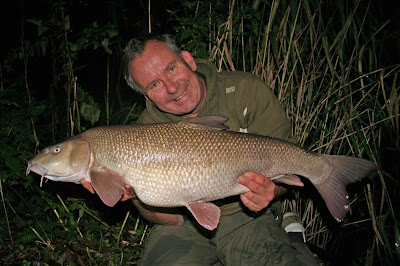 Well this month I did exactly what I mentioned in last month’s blog, knock my personal sessions on the head and get on with more important fishy projects. One was to create a data base on fisheries in the south of England, a project that took around a week to complete but one that will save me countless hours in the coming months when the fish are feeding.
I couldn’t ignore the first day of the month though and rushed to the river on the Monday night in hope of another big barbel, however even being an incredible 14 degrees knew that I should have been fishing either on the Sat or Sunday. This was because the river was now fining down after the earlier rain and any barbel in their right mind would have been on the feed when the river was coming up. I also felt it time to publish the two big barbel landed from previous sessions, however when I opened the magazine on the 16th hoping for a nice birthday present wasn’t surprised to see that once again I had come close but as they say ‘no cigar’. Parts 1 and 2 of this barbel campaign can be seen by going to the Anglers Mail website and looking through the blog pages. Expect part 3 soon but don’t expect anything special as unless this cold weather disappears then it may well be somewhat empty! Let’s just hope we get a warm spell at the end of the season as we are still baiting the swims and hope to pounce when conditions dictate. Parts 2 and 3 will be up on my website soon but as you all are aware I have had some testing software and hardware problems of late. 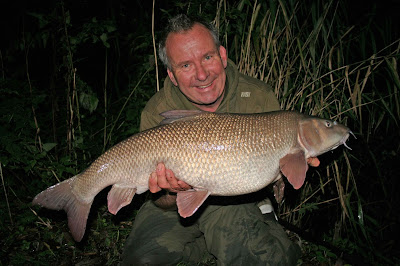 I say pounce,
however this is difficult as my life is somewhat busy for the next few weeks. What with selling the girlfriends house, her moving in and looking for a new job my priorities are somewhat elsewhere, but I will do my best.

In total I only headed out seven times this month. Six were personal sessions either targeting rudd at Frensham or barbel on the river and one session was with a customer fishing for pike. The total hours were just thirty but as well as these sessions I did manage to complete five magazine features and if you take into consideration thee usually take two days, one bankside and one writing them up then along with other fishy relating days my month wasn’t exactly quiet. 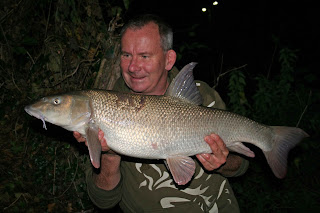 So what’s happening in March? Well I have six days already booked guiding and the following months, especially for catfish and grass carp, are th/20th (I will only be there on the Saturday) and a guest speaker on the 17th at Marsh Farm. Add to this that I want to get out and cast a line myself as well as spending quite a few hours helping the girlfriend move house, well it’s going to be hectic to say the least.
filling up nicely. Two features are booked and I know more will be pencilled in, one wedding, The Big One on the weekend of 19

01/02/16 – After the standard Monday morning paperwork had to head to the river for a few hours as it’s amazingly fourteen degrees outside. This is one of my Big Fish sessions which will be report in full soon.
03/02/16 – My god this weathers all over the place, fourteen on Monday and now I awake to a frost. Spent a few hours with my good friend Adrian at Frensham Great Pond targeting pike before returning with near frostbite!
05/02/16 – With the weather so changeable decided to spend the day in the office creating an article for a European Magazine which Inc heading off to catch some fish and do some photographs at a local lake. 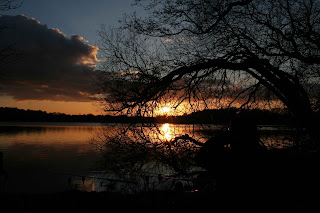 08/02/16 – 12/02/16 – Anyone reading my
monthly blog will have noticed that I was thinking of slowing down on the fishing front due to such changeable weather and this is exactly what I have done this week. Apart from two four hour trips to Frensham where I received just one bite, which happened to be from a 2lb 13oz rudd, I have stayed in the office mainly creating a database on venues in the south of England. This database will allow me to produce up to date venue news to Anglers Mail as well as creating articles on fisheries that are fishing well. It may well also reveal a few hidden gems regarding some specimen fish!

15/02/16 – After a day in the office headed to Frensham to meet my brother. We decided to try a new area in the hope of a few more rudd bites, but after the 4hr stint not a single bleep came our way. This wasn’t that unexpected as the temperature did drop to just .5 of a degree come the time we left!
17/02/16 – Headed to Sandhurst Carp Lake this morning to team up with venue regular Steve Blackhurst to create an Anglers Mail Feature. Keep a look out for this one over the next few weeks as it’s a real eye-opener.
18/02/16 – Although it’s my Birthday it’s a busy day in the office as after dropping the car off at 7am for its MOT spent the rest of the day initially getting the tackle sorted for a day on a small southern day ticket venue on Friday, again to produce AM with an article, then writing a few bits for the Nash website as well as the previous days feature.
19/02/16 – Up before sunrise and heading south, picking up Tom Aldous on route before spending the day roach fishing to produce an ‘On the Bank’ feature for Anglers Mail. Watch out for this one if you like roach as it reveals a brilliant venue. 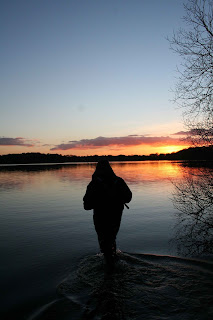 22/02/16 – Spent the morning and early afternoon at Twynersh Fishery producing a ‘Where to Fish’ opener for Anglers Mail, then headed to the river for a few hours barbel fishing along with baiting up.


23/02/16 – Up early again but delayed my journey down to Passies in West Sussex to create an Anglers Mail ‘Where to Fish’ opener due to it being extremely cold. Fortunately come mid morning it had warmed up and the long journey not wasted and feature completed.
24/02/16 – Spent the day in the office writing the previous days feature up.
26/02/16 – One of those days in the office catching up on fishy paperwork that had started to pile up.
28/02/16 – Back up to Twynersh Fishery to complete the previous feature. 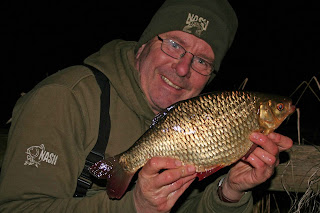 29/02/16 – Headed to Frensham to meet up with my brother and hopefully catch the odd fish, however just two bites came our way, or should I say my way and both were from rudd weighing 2lb 2oz.