Winter arrives and so do the Grayling

Winter arrives and so do the Grayling 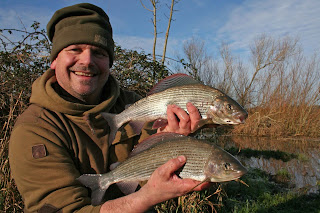 At long last winter has arrived, which is great as now the barbel can be targeted when the temperature rises and our next challenge, catching a monster grayling can begin. Myself and Chris have been wanting to take a look at a piece of chalk
stream all winter, but such a mild winter had placed us on the back foot and it seemed very likely that this planned campaign would never start, yet the arrival of the frosty mornings meant one thing, grayling and we knew we had to act immediately. A quick phone call told us that the river was just within its banks and although the clarity wasn’t brilliant we were assured that it was good enough to tempt the odd fish so with a three hour round trip ahead of us we set off well before daybreak. As we approached the venue we were able to look down across the flood plain and our enthusiasm dropped as we couldn’t make out the river as most of the surrounding fields were under water. We had been warned the river was high but didn’t expect it brimming its banks and racing through at a rate of knots, yet the clarity wasn’t too bad and knowing that the fish wouldn’t have fed for a while, knew we had a chance. 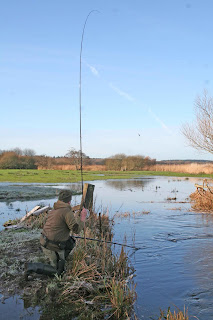 Fortunately our nerves were settled within seconds as first cast Chris found himself playing a good grayling, one that fell agonisingly short of two-pounds. He had what’s known as a red-letter session in such difficult conditions and continued to catch grayling throughout the day, most just a couple of ounces short of our initial target of 2lb. I fished a number of swims and caught the odd big grayling along with losing something big so the early signs are great and another couple of planned sessions, very soon, should reveal its true potential, however one thing for sure, a two-pounder is certainly on the cards and who knows this piece of virgin river could produce something very special.

Another fantastic part about this stretch of river is I have been allowed to take one guest each day, so if you fancy a day trotting a piece of scenic unspoilt, almost virgin river where seeing another angler is a rarity and the chance of catching a very big grayling is a possibility then please give me a call or email me.  I have shown below exactly what a guided day consists off and how much it will cost, I will even drive you to the venue, blindfolded unfortunately, so with a limited number of days available between now and the end of the season, if you are interested then get in touch. 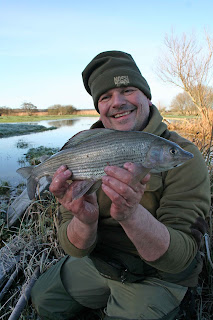