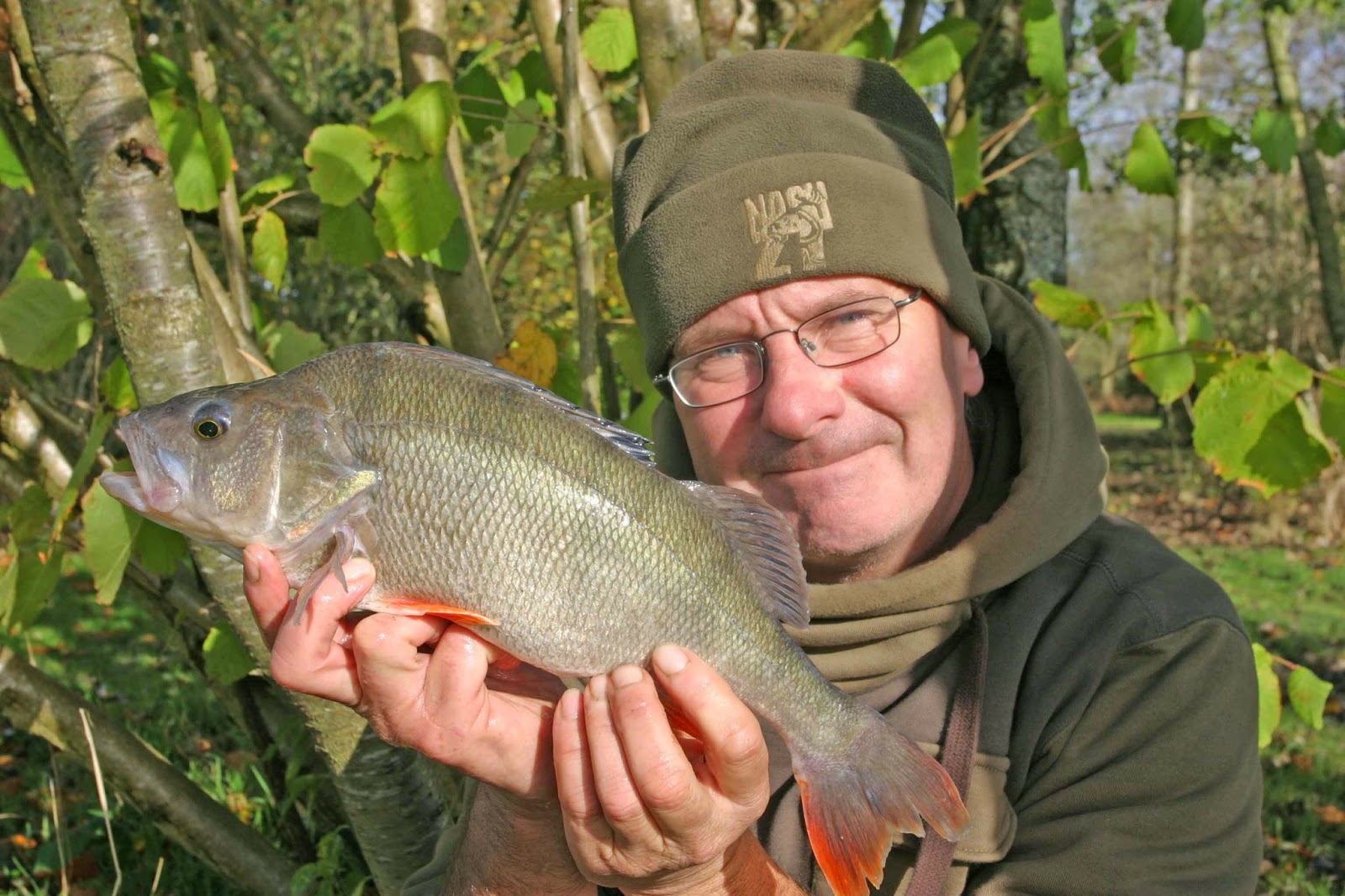 With the mild weather continuing into November Zander at Old Bury Hill were still high on the agenda. Usually as soon as the water temperature drops they become tough, even after dark yet with this holding up and a couple of customers gagging to have a go we booked a date and enjoyed some non-stop action even if the wet weather tried to spoil session. Around a dozen zeds fell to their rods as well as the sardine munching scaly pest, this time a mid-double common and the friendly badger made an appearance.

Another guiding day saw me take out the winner of the TAC (Thames Anglers Conservancy fish of the year completion who won with an amazing 5lb 7oz perch! Wanting to catch his first barbel we headed to the Loddon and once again found the river in far from great barbel condition, fining down, yet we kept at it, had a great day out and he was eventually rewarded with a good chub. Every TAC member can enter this competition and it’s in remembrance of my good friend Richard Crimp who sadly passed away earlier this year. So if you catch a great fish out of the Thames forward this to Dave Harvey and who knows you might win a day out on the bank with me and the great thing for me is that I find out exactly where the winning fish comes from however I know the spot the perch came from well but the days of tracking big fish down, especially those at a distance or that involve loads of obstacles are long gone.

More details for the TAC can be found here www.rivertac.org

My other customer, Nick wanted something different that the standard sitting behind buzzers waiting for a carp to show so I suggested that we head down south and try our luck at grayling. Sadly with so much rain around we decided to knock this on the head and try to catch some Stillwater chub on the waggler. Well what a day this turned out to be as we amassed a weight well over a hundred pounds with a high percentage being our target species. Sometimes a change is so refreshing and I think it did both of us the world of good, something to get the mind working and a great confidence boost for our other ongoing campaigns.
In total my guiding days totalled just three (3), slightly down on previous months but due to constantly having to rearrange days organised for such exclusions such as predator fishing the Thames, grayling fishing on the Test/Itchen due to the heavy rain. Once the weather settles, and December has dawned in a favourable way then it should be a busy few months. The bad weather has allowed me to get ahead of myself with feature writing. When I’m not casting a line or helping others then its keyboard tapping time and along with three days on the bank numerous other indoors has seen a number of features compiled including two Anglers Mail Action Replays along with a couple of Coarse Angling Today articles and numerous European article and bits for Nash. 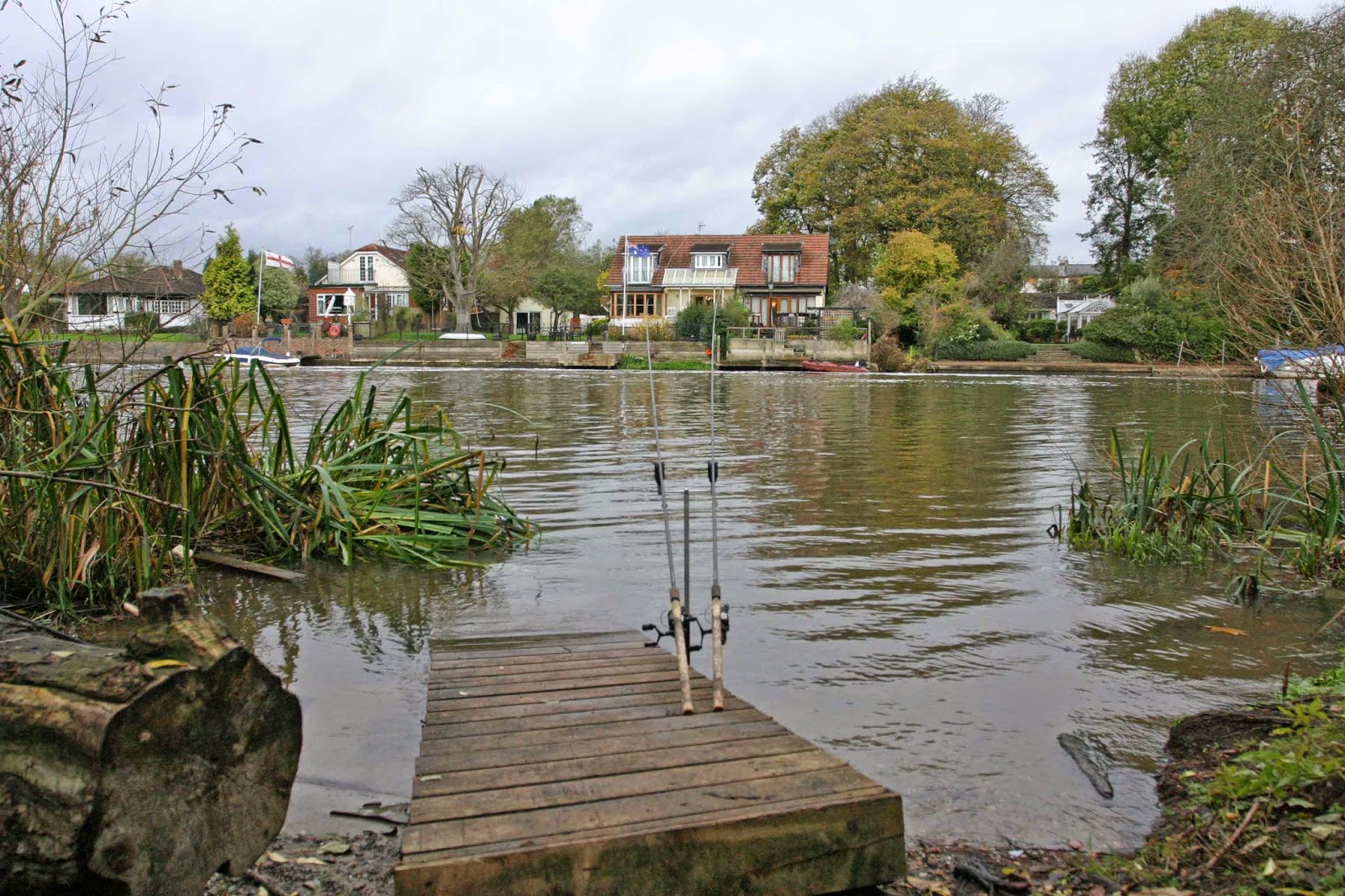 My own personal outings have seen me fishing six times making it a total of 12 outings for the month which have totalled around 70hrs. Not a great deal I have to admit but add a day on the Nash stand at Sandown, a couple of weddings which takes up loads of my time not just taking pictures on the day but manipulating them afterwards as well as a pre-baiting campaign in which I’ve visited the venue on four evenings towards the end of the month, well need I say more. This little baiting campaign will see me actually fishing the venue early December and to say I’m not eager to cast a line is an understatement, in fact once this blogs written I will be sorting out the helicopter rigs with big roach firmly embedded in my mind. Those six sessions have seen myself target those massive silver bream at Mill Farm fishery but sadly I never netted a two-pounder this year and my biggest from the latest session was similar to those in the spring 1lb 15oz. The session was spent with my father and that day we once again caught loads including numerous carp plus a few tench and perch to just under two pound in a bag of around 150lb! Three sessions were spent targeting barbel on the Thames but with the river at times almost un-fishable and 4oz plus leads needed the beards have moved so apart form numerous bream it’s once again head scratching time.

If the weather settles down then I’m expecting December to be far busy, well hours spent on the bank that is and hopefully the secret roach lake will come up trumps and supply me with a few two-pounders.
Posted by Unknown at 02:14